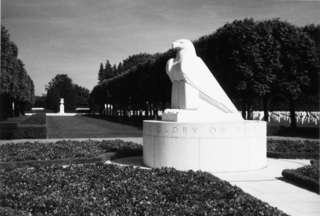 Departmental page at Loyola
Author's Page at Simon and Schuster

Currently a full professor at Loyola University (New Orleans), he entered college at 16, studying chemistry, economics, and literature. He did graduate work in German, Russian, and Philosophy, held a double fellowship in music and literature, and wrote his dissertation on the relationship between historiography and epic poetry.

Together with a mathematician, he co-authored a monograph on institutional research methodology, and then compiled one of the first short fiction anthologies to introduce important but hitherto unknown European and Latin American writers.

As a film critic, he served on the Camera d'or Jury at the Cannes Film Festival (1978-1982, writing on German film for Kino (Berlin), and Latin American film for the OAS, authoring more than 150 articles for Variety, Hollywood Reporter, Americas Magazine, together with film journals in Europe and South America, as well as essays in numerous film books. He wrote the concluding essay for the critical anthology Jane Austen On Screen

As editor of the New Orleans Review, he oversaw the publication of issues devoted to Art and Politics in Latin America, as well as special issues on cinema as well as critical theory.

In 2001, his 10th book, The Myth of the Great War, published in the UK by Profile Books and in the US by HarperCollins, was nominated for a Pulitzer Prize in history.

The Blitzkrieg Myth: How Hitler and the Allies Misread the Strategic Realities of World War II, published by HarperCollins in 2003, was translated into Czech in 2004

His book on the generalship of Ulysses S. Grant appeared in 2006 as part of the Palgrave Great Generals Series under the editorship of General Wesley Clarke.

The title of his most recent book, Cross of Iron: The Rise and Fall of the German Military Machine (Holt, 2006) is self-explanatory.

Mosier has appeared on the History Channel, Fox News, the BBC, Sky News, and over 100 radio programs.

In a recent television interview broadcast on the Comcast cable network as part of their "Books of Our Time" series, the interviewer termed Mosier "the leading revisionist historian of both world wars."

Currently he teaches courses in film, modern European literature, and the 18th Century.